Running a marathon or other race in Poland is a great idea for both a novice amateur and an advanced runner tempted by high-quality foreign starts. The Poles treat tourists well, and the country itself has changed a lot in recent years thanks to steady economic growth.

The running culture also does not stand still, and the number of different starts increases every year. Until recently, foreigners were rare guests at Polish races, but recently runners from other countries are increasingly choosing Poland as an excellent alternative to popular European races, and elite athletes from Kenya, Ethiopia and other traditionally fast running countries share the podium with Poles not only on capital races. Despite many thousands of participants, even at the loudest competitions, there is always a homely, cozy and kind atmosphere. 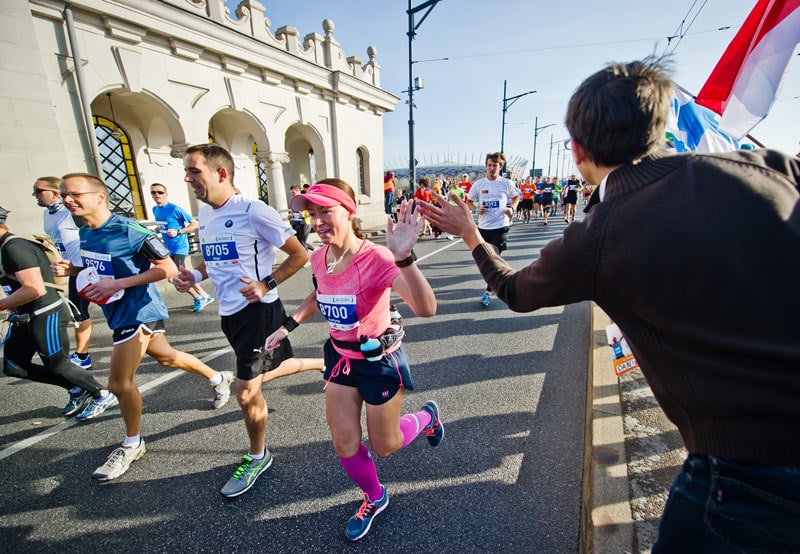 Here are a few more reasons to choose Poland as your next running destination:

A high level of organization, not inferior in quality to the best world races.
Low cost of participation, and if you already have a large collection of T-shirts, you can refuse it at some races, thereby further saving on the entry fee.
Very tasty, hearty and inexpensive local food.

The Polish language is similar  in places, in tourist places everyone speaks fluent English.

Convenient transport accessibility – the cheapest way to fly to Warsaw is with the Polish airline LOT or Aeroflot, and within the country you can travel by comfortable buses, for example, Flixbus. Trains can be considered, but the schedule is often not very convenient, and the prices are not the lowest, especially for high-speed trains.
It is easy to find a hotel or apartment at a very attractive price even on the dates of the most popular running events.
The territory of Poland is characterized by a predominantly flat terrain, with the exception of the mountains in the south of the country, which makes urban races quite comfortable to overcome. We present to your attention a selection of the most interesting running events in the main cities of Poland.

There are two major marathons in Warsaw, and both of them deserve attention.

Warsaw is literally changing before our eyes – the dullness and gloom of Soviet buildings is increasingly diluted with modern buildings, and the Vistula River and the rapidly greening outskirts are especially beautiful at the end of April. The Orlen distance of the Warsaw Marathon varies slightly every year. In 2018, participants ran through 5 districts of the city: the Old Town, modern Mokotów, green and well-maintained Ursynow and Wilanów, as well as the previously dangerous but now gaining popularity Prague. It’s best to visit Prague before dark – take a look at the courtyards, have a bite to eat at one of the local cafes, and then return to the Old Town via the Świętokrzyski Bridge, from which you can take great photos of the city. 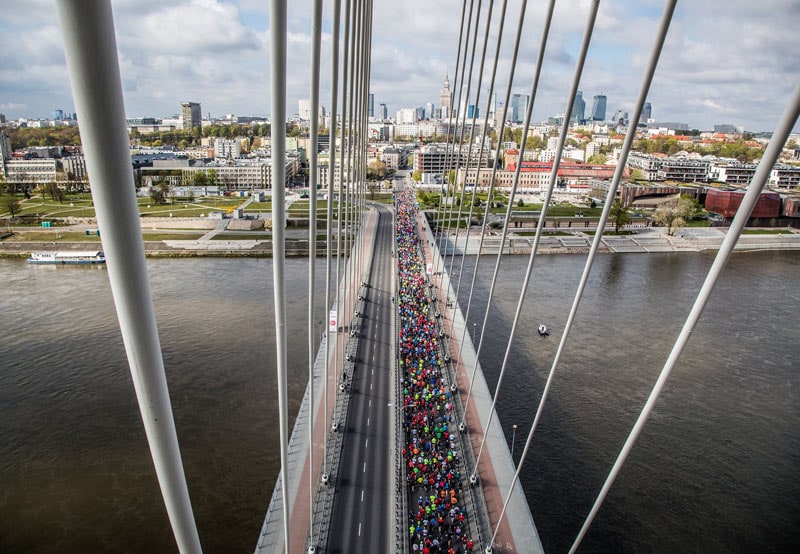 The oldest marathon in Poland, it was first held in 1979, thus, in 2018 it will be held for the 40th time. The organizers have set themselves an ambitious goal – to enter the top five marathons in Europe in the coming years. Probably, for this reason, the cost of participation is noticeably higher than other Polish competitions, but it’s worth it.

The Royal Lazienki Park in the center of Warsaw is especially beautiful in September, as the marathon route passes right through it for a reason. In your free time, visit the Copernicus Science Center – you can easily spend half a day here, but we recommend that you buy tickets online in advance to avoid queues on weekends.